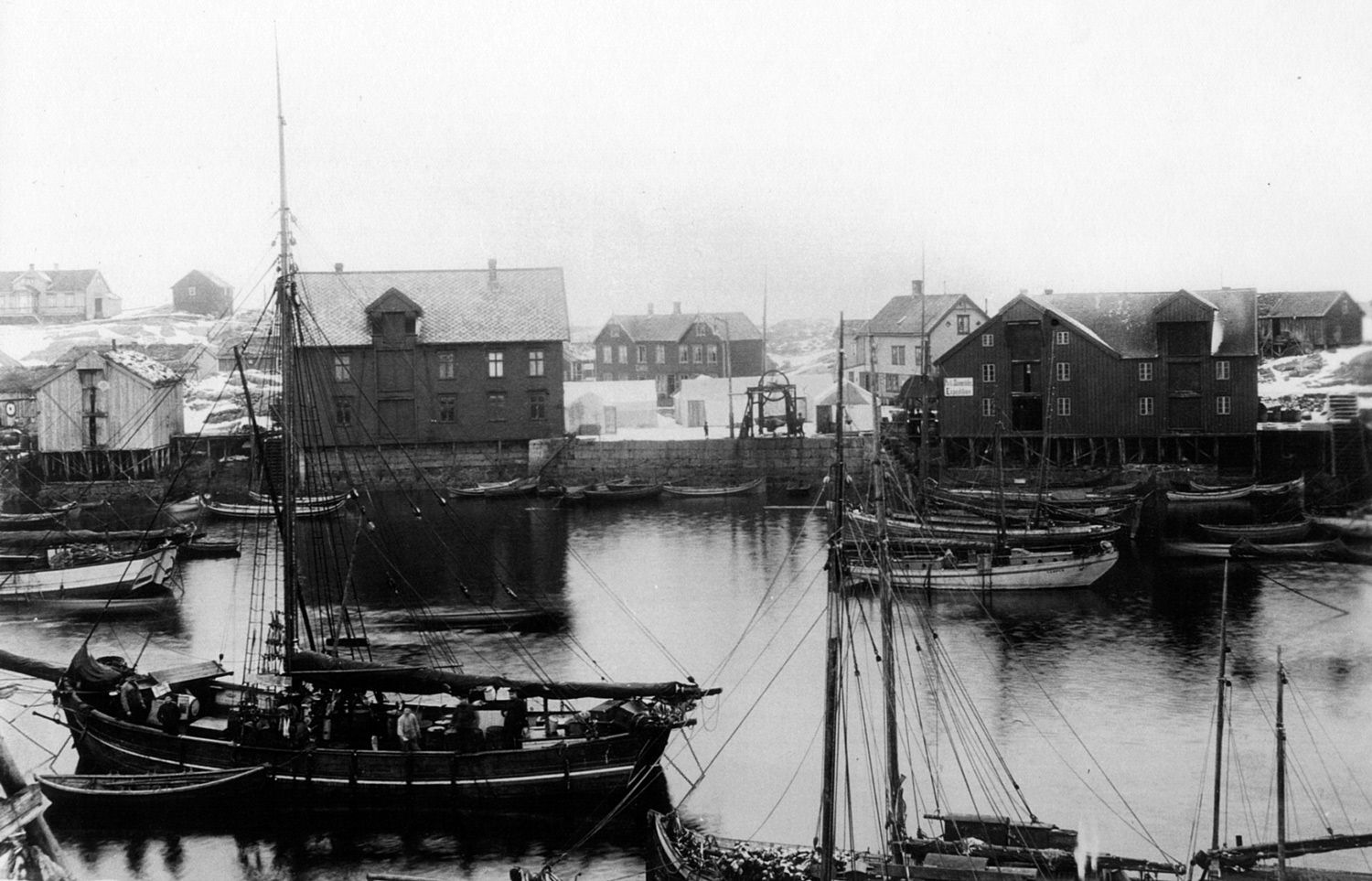 The London based firm Allen & Hanbury’s Ltd established a factory in Henningsvær in 1900. They produced pharmaceuticals and cod liver oil was an important ingredient. At the start the production was in a rented building, but in 1903 -04 the Engelskmannsbrygga was built, complete with cod liver oil steam house. The manager of several years was a Mr. Bully and the quay was called “Bullybrygga”.

Under “Lofotraidet” by the allied forces in 1941, the steam boiler was blown up to prevent the Germans from producing cod liver oil, which could be used in ammunition. The quay was heavily damaged, but restored shortly after. The steaming process was not started until after the war due to shortages of spare parts for the equipment. The production went on to the mid-sixties and then the building was used for storage and a barrel factory.

In 1997 the quay was bought by a group of handicraft artists and today houses living areas, three workshops and a gallery.