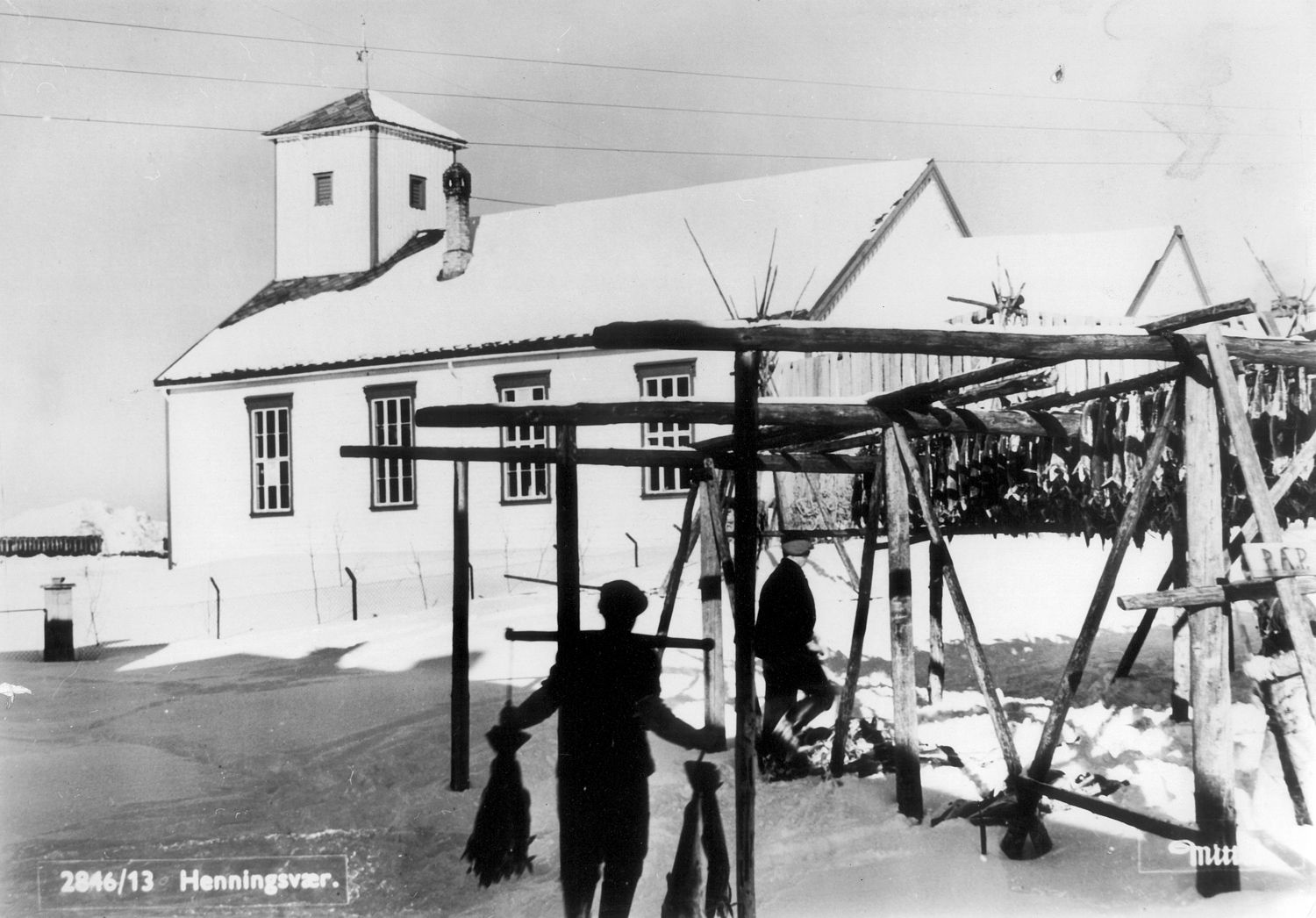 Based on an initiative from Drejer, the first church in Henningsvær was built by “Nordland Kirke og Skolefond” in 1852. As an honor, Drejer got his own chair in the church. The church was big with two galleries and organ, but it was not insulated and it was not well maintained. Renovation over a long period was not successful or viable and in 1972 the old church was demolished. The present church was constructed in its place, Odd Strøm was the architect and he chose to design it as “tørrfisk-hesje” See 12 Fiksehjell og fiskehesjer. The stained glass is designed and made by Viktor Sparre and the new organ built by J. E. Spikesth.The church that was consecrated in 1974. The old church bell is now on display behind the church. The bell was a gift from Vågan sparebank.