The work on the Mole started in 1929. Due to being limited to the summer season for construction the mole was not finished until 1934. At that time there was a concrete sidewalk and the road was sealed. The work was led by Lars Lie from Ballstad. The Mole is 60 meters in the base and 5 m on top. It consumed 45 000 m3 with rocks and costs totaled to kr 450 000,-.

A railway was constructed to transport the rocks. They were hoisted on to the carts by a steam driven crane and pushed out by a little steam engine. On the Mole everything had to be done manually and by using hand-driven cranes. The Mole has in the latter years been opened in the east end to enhance water circulation. This construction withstands all storms and with winter seas crashing against it can be a spectacular sight. 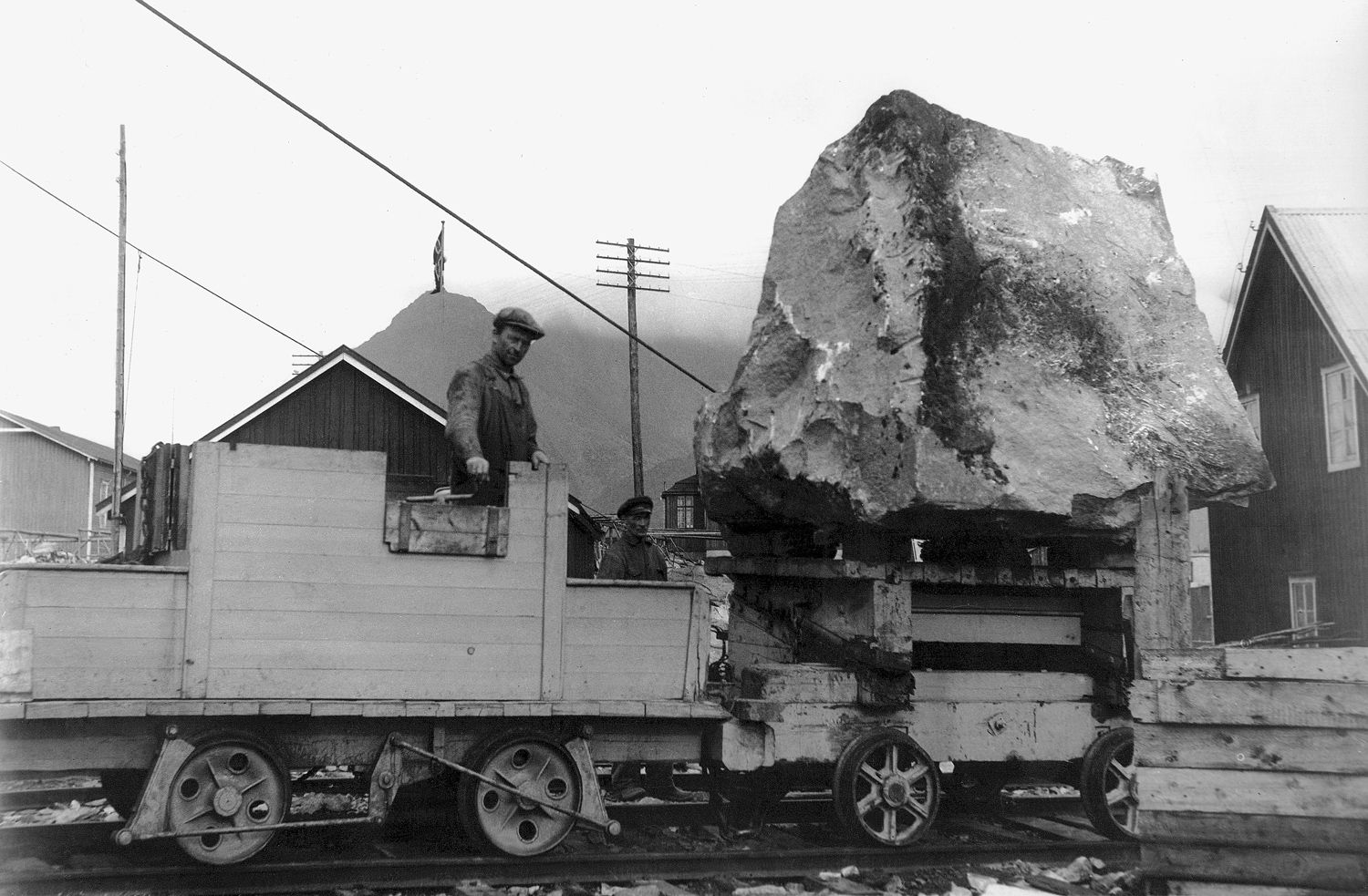 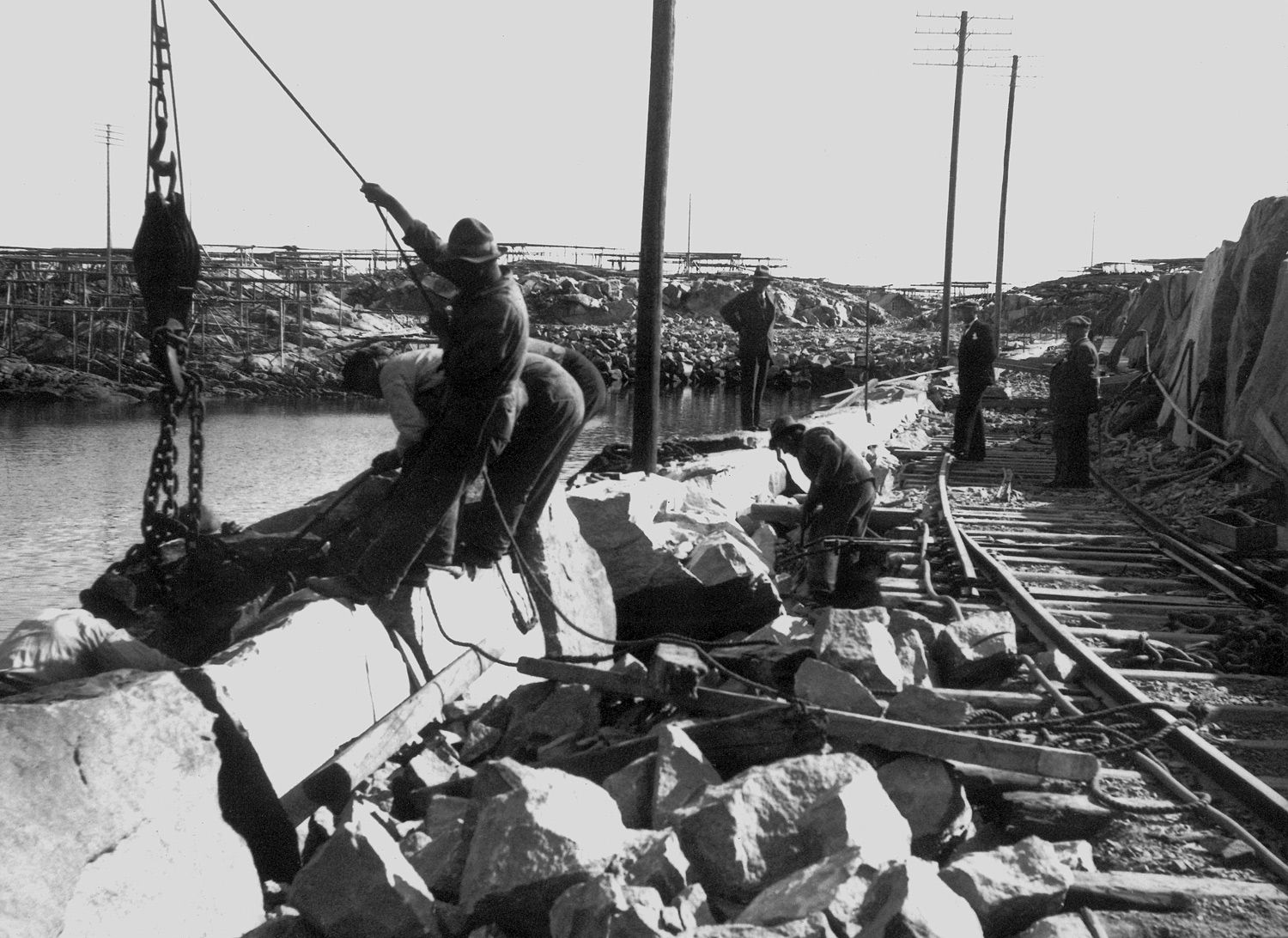 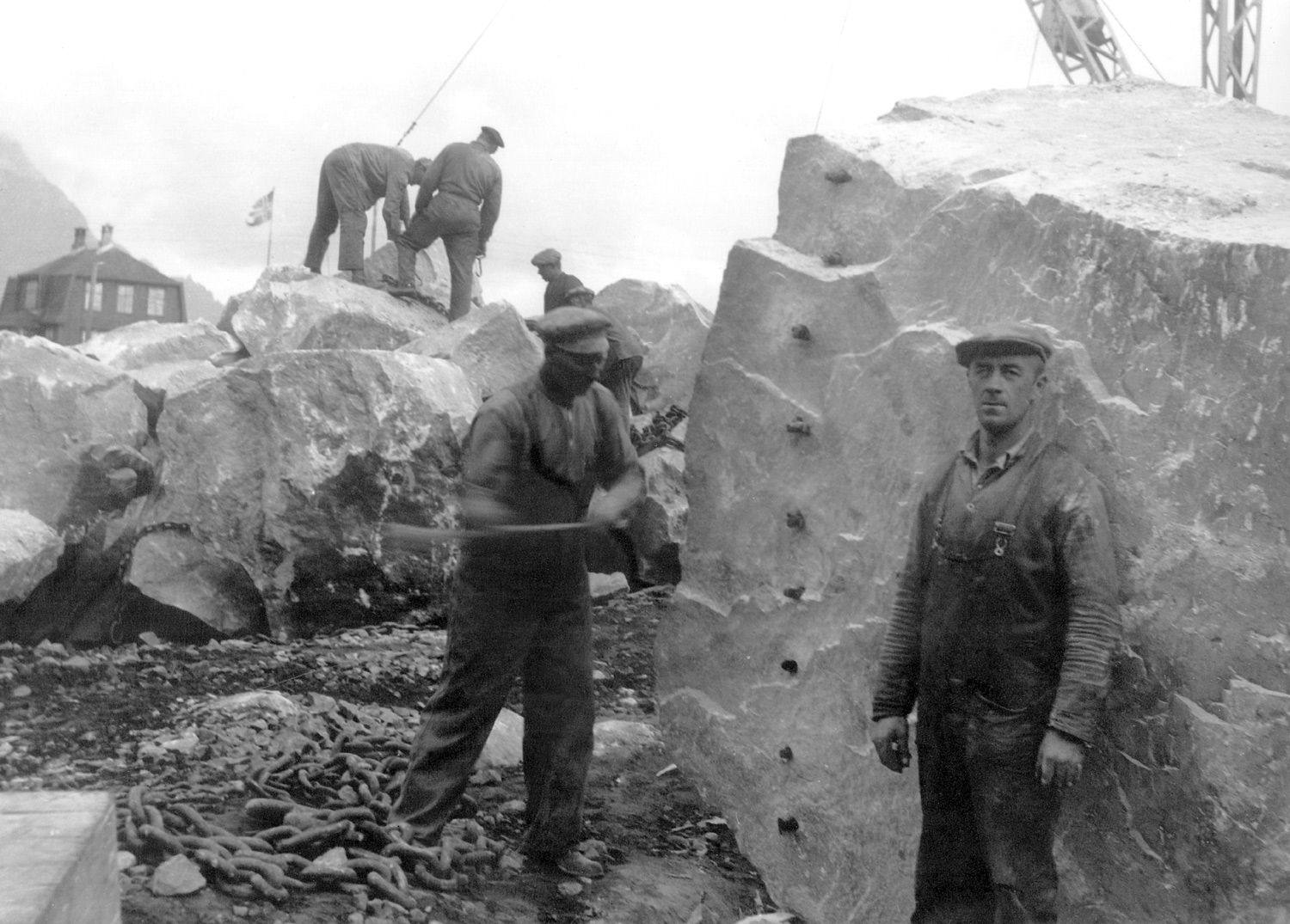